Use of polymer instead of wood

As much as it is not easy to completely get away without wood, you can minimize its use for this is also a way in which you save the environment in your small way. As much as you replace this you have to make sure that you are in line with the international measurements that will enhance the game. You also need to consider the weight of the table to enhance portability.

Use of dry wood

You can never advocate for environment-friendly shuffleboards when you are on the periphery. You have to be within to have hands-on experience on what is expected when it comes to the environment. Shuffleboard manufacturers and sports personnel have to be invited to get their views on the importance of this significant topic.

The fact there is hydrocarbon among other materials that are used to make the shuffleboard, is important to get the best disposal rate which has ni effect on the environment. On disposal, you also need to check on the way of disposal for these industries that operate mass production of the shuffleboards.

When we look at the environment then we need to look at it in totality. Is it the waters, the land, and the atmosphere to prevent the various forms of pollution as a result of the manufacture of the shuffleboard tables?

There are benefits to posting post-event quickly (you get the word out fast) and maybe there are benefits to being so swamped with work that you get time to mull. It has been nearly a month since lod-lam NZ happened in Wellington and the session on Dec 1, Thursday afternoon on vocabularies was one I’ve been waiting for for some time. Tim Wray (who is a PhD student from University of Wollongong) wrote in an email “I was wondering if you like to contribute your part – particularly your humanist / social perspective on the issue of vocabularies and alignment”. Tim is going to explain the discussion in that session from a computational linguistics point of view and his own perspective, so this post is food for the culture vultures and semi-technical cake eaters of the GLAM sector keen on linked open data. 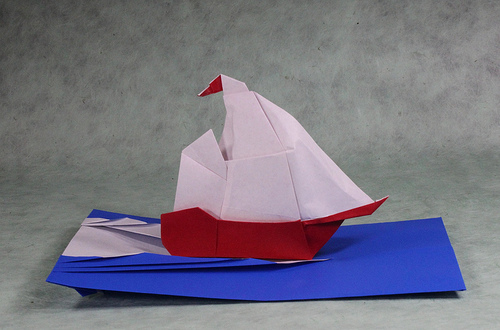 These were the topics the conversation ranged through in the vocabularies session:

The discussion that afternoon started solidly thanks to Stuart Yeates from the New Zealand Electronic Text Centre (NZETC) who lead the discussion and called for input around what vocabularies people might want to use in their linked open data. You can see his post Metadata vocabularies LODLAM NZ cares about on his blog Open Source Exile and the breakdown of the vocabularies shouted out quickly by the group. A quick glance at these is telling of the New Zealand cultural context, the Trans-Tasman common areas of interest and the strong influence and immense value of the work still being done by the Library of Congress in the USA.

The point about semantics (and one that needs many and more qualified perspectives to answer well) is that what can be interpreted literally is not always meaningful culturally. The title of the blogpost was intentional and intuitively made in drawing from an old adage. Language and its usage (like tides) ebbs and flows and vocabularies provided via linked open data need to in some way allow for this shifting of meaning over time and yet being able to assert levels of accuracy at a point in time. The only word I could find to describe this was a concept of attenuation that is, how long the note sounds and in the sense of semantics the signal in the original meaning lingers in some way over time. Concepts like tide marks, water measures, lunar calendars, and sea currents all means to triangulate and test smooth sailing all play into this idea of how to programme for linked open data, so do concepts like scales, tonal and atonal music, harmony, dissonance, assonance, signals, top, middle and low notes. Does the cake seem all seems too thick with metaphorical icing? Not quite. 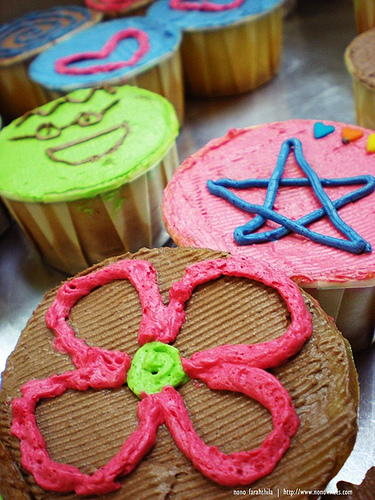 A while back I watched a presentation Open data for the cultural masses – Mapping and the Europeana Semantic Layer by Guus Schreiber on Amalgame and the alignment of vocabularies and he seemed to be talking about levels of accuracy in asserting vocabulary alignments. Forgive me, I was listening with one ear whilst working, but I got so excited by what I seemed to be hearing (with a non computer science ear) that I sent the link along to colleagues at the Australian National Data Service and to one of the directors there who is a computational linguist – Andrew Treloar. There are several of that ilk in the ANDS team, Adrian Burton is a technologist and linguist and so is Nick Nicholas. Next year is going to be hot stuff for the @andsdata team on the linked open data front. The linked open data services for the Party (researchers and research organisations) and Research Activity (projects, grants, funds etc) Infrastructures are going into action and include a vocabulary service for the Australian and New Zealand Standard Research Classification (ANZSRC) – so watch that space for some Trans-Tasmanian action. 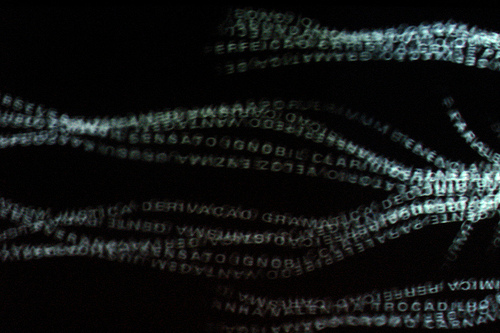 The group began a brief discussion about how people choose vocabularies and the librarians in the room all had ‘interesting’ or ‘old fashioned’ looks on their faces. Perhaps it is so obvious to library and information workers that vocabularies are social, political, cultural etc etc, that the choice to use one is not just one based on information theory but also on cultural theory – an act of data curation. Tim asked if ontologies were cultural artefacts and there was a resounding ‘yes’ from within the group. I’m not sure who was louder, Adrian Kingston, Stuart Yeates, Chris Todd or Sydney Shep. It is gratifying that those passionate responses came from a museum technologist, computer scientist in the digital humanities, a leading cataloguer and an academic in library and information studies. Maybe because the GLAM sector have used ontologies both schematic and semantic for such a long time and for some of the humanities computing people in the room, this was all ‘understood’ and we’re on to the next challenge: how to make this work? It seemed powerful for me in any event that culture, linked open data, vocabularies and curation were combined in a discussion and in that discussion people felt strongly about resolving these questions from each domain effectively and together. This is what I quietly call digital cultural heritage – working out the design – driving technological design with cultural questions, testing technological techniques out against cultural questions and on and on. The types of judgements about which ontology or standard to follow is the bread and butter of a great deal of the information practices in GLAM sector work by web developers, programmers, registrars, curators, cataloguers, and archivists. The next challenges is linked open data and how to use, reuse and align vocabularies to expose cultural collection data in expected and new ways, audiences and minds. In two words, awesome challenge.

The discussion at the end around the capacity to use Kupu – a Māori thesaurus developed by the National Library of New Zealand was informative and instructive. Years ago a subject database called ‘KUPU’ was one of the few means to begin to access resources described using Māori provided by the National Library of New Zealand (the subject access in the database was built around a thesaurus called He puna kupu Māori : hei tohu-ā-kupu ; an indexing thesaurus in the Māori language). Precious few means were available then to provide access to resources in Māori and English at that time (1990s) with appropriate Māori intellectual access points. More information tools have been developed and we learned from Chris Todd from the National Library that Kupu needs to be updated and needs more work to ensure that the intellectual access the thesaurus provides is both meaningful and/or culturally appropriate. So the tides have shifted and in a positive way and yet are they are undiminished, the demand remains for enriched Māori intellectual access to information resources. The group were voting keenly for the Māori Subject Headings (maintained by the National Library of New Zealand) to be linked open data and further thoughts were exchanged around the use of name authorities.

Time and tide way for no-one… so this is an urging to keep a thought that Michael Lascarides offered in his keynote presentation at the National Digital Forum to be mindful of the new and better challenges for the GLAM community to work on: the ‘Why | What | How | What If/Then’ questions of culture, linked open data and vocabularies.